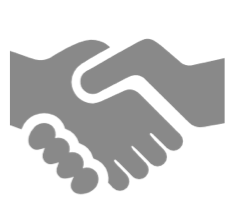 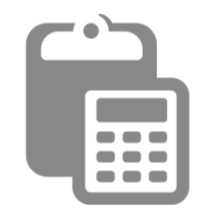 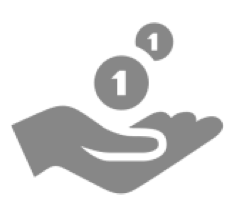 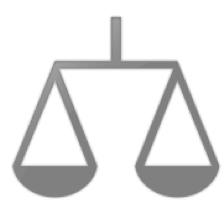 “Making your creative vision a reality”

We can work with you to assemble the different forms of finance required for your project. Sources of finance need to be considered from an accountancy and tax perspective to ensure they are most efficient.

With both domestic and international finance available from a huge variety of sources including grants, services-for-equity, private investment, tax credit loans, presales and gap finance this is a complex area which we will work with you to optimise.

“Tax efficient investments for a wide variety of business”

Various conditions need to be met in order for the business and investor to qualify for the relief. We can guide you through these conditions as well as obtain an advance clearance from HMRC that your proposed business activity will qualify for EIS relief.

An even more generous relief called the Seed EIS (SEIS) was introduced in April 2012 for the first £150k of investment raised. It is possible to combine this with the full EIS to create a hybrid which perfectly fits your business needs.

Whether the business is newly incorporated or mature, the structure is always very important in light of the ever-changing economic and legislative environment.

We work with start-ups to provide the various interested parties with help negotiating and balancing deals from a business and tax perspective. As well as commercial considerations, important tax aspects such as Entrepreneurs Relief and the EIS (see separate section) should be considered.

More mature businesses seek to work with us to facilitate either a consolidation in their dealings or change in structure such as an expansion or acquisition. We can help prepare your business for an exit from commercial, administrative and tax perspectives and assist with any due diligence required.

Since being introduced in 2007, the film tax credit has been made more generous and expanded so a wide variety of projects can access it. As well as many standard films, we have helped projects qualify for the film tax credit where others were sceptical including short films, charity projects and ‘live’ theatrical/opera screenings relayed to cinema audiences.

The three principal conditions to access the film tax credit are that it is culturally British, has more than 10% of qualifying spend in the UK and is intended for theatrical release.

Modelled on the success of the film tax credit, the high-end TV incentive was introduced in April 2013 with similar conditions and the same value being 25% of core expenditure that is used or consumed in the UK, up to a cap of 80% of total core expenditure i.e. 20% (25% of 80%) where 80% or more of the spend is in the UK.

In the first year following introduction, the UK programme spend increased from around £50 million to £395 million with £79 million of tax credit awarded.

The key qualifying conditions (in addition to the film tax credit conditions) are that the minimum ‘core’ expenditure per hour is at least £1 million, that the programme slot length must be no less than 30 minutes and that it must be intended for broadcast (rather than theatrical release).

Introduced as a sub-category of the television tax credit but with a relaxation on the £1 million ‘core’ expenditure per hour requirement where more than 51% of the qualifying spend is on animation. As with the TV tax credit, the animation credit can be up-to 20% of the budget.

We have helped both new start-ups and established companies involved in the animation industry access this tax credit successfully.

Spend on deign, production and testing of a video game became eligible for the UK video games tax credit from April 2014.

To qualify, the game must pass a British cultural test, have at least 25% of the core expenditure in the UK and be intended for supply to the general public.

The cost of developing a video game is often difficult to quantify and can be dependent on the overall success of that game. This will impact on the available tax credit so please get in touch to discuss your project.

THEATRE CREDIT - The production of plays, operas, musicals, and even circuses can qualify for this relief

The most recent boost to the UK creative industries was introduced in September 2014 and is available to professional theatrical productions i.e. where it is the intention that a high proportion of performances are to paying members of the public (or provided for educational purposes).

“Children’s TV programming gets a boost from UK government”

A programme is a children’s programme if, when television production activity begins, it is reasonable to expect that the persons who will make up the programme’s primary audience will be under the age of 15.

The kids TV tax credit will not be subject to the £1 million per programme hour or 30 minute slot length that apply to high-end TV.

R&D TAX CREDIT - A 32.63% tax credit for an improvement in overall in scientific or technical knowledge

A valuable tax relief designed to encourage innovation in the UK by providing a repayable tax credit of 32.63% for smaller companies and about 8% for larger companies.

Projects which seek to make an appreciable improvement to an existing process, material, device, product or service through scientific or technological changes can be eligible R&D. The credit can be claimed on a wide variety of costs including staff salaries, materials and overhead costs.

We can undertake a review to help you to identify which projects will qualify as eligible R&D, and the costs which are eligible expenditure. Easily understandable reference documents with more information on the conditions are available upon request.

“While the preparation of annual accounts is a requirement, it needn’t be a chore.”

All UK companies, regardless of size, must submit annual accounts which will become part of the public record to facilitate transparency of trade. These accounts help demonstrate that your company is in good financial health and give the stakeholders a snapshot of its activities.

We work with companies to help them prepare their annual accounts, as well as maximising benefit from these accounts by interpreting trends and advising on ways to improve the business. Our service can vary between full immersion where we carry out all of the bookkeeping and reporting services to light-touch where we assist with the accounts on an annual basis only.

Please get in touch to discuss your individual requirements and our services.

“A problem shared is a problem halved”

The administration of VAT or payroll account can be shared with our team though cloud-based solutions to make it simple to monitor and update.

VAT and payroll are two of a businesses biggest expense so it is important that they are operated correctly. Our experts can ensure that both of these systems are operated smoothly and advise on the appropriate treatment of one-off or complex transactions.

Get in touch to find out more about our VAT and payroll solution.

“Businessmen should run the business and accountants prepare the accounts”

Since the introduction of double-entry bookkeeping in 13th century Florence, it has become an essential tool to maintain books and records to monitor the financial performance of the business. Additional obligations such as VAT returns make this task more onerous so we encourage you to let us take care of the reporting so that you can focus on the business.

Our bookkeeping service will ensure that your company is on-top of its information management and reporting requirements so that you can focus on developing the business with the use of this information.

Please get in touch to discuss how we can help you.

“With Affect, tax returns become an opportunity rather than an obligation”

The tax system is changing as HMRC are harnessing and using information in the company’s accounts and tax return in a more sophisticated manner. This makes it even more important for companies to get their disclosures correct to reduce their exposure to enquiries.

Our approach means that we will have a thorough understanding of your underlying business when preparing your tax return. We are able to minimise HMRC risk as well as help spot tax opportunities such as enhanced capital allowances and the R&D tax credit.

We can offer tax advisory and compliance services to companies either as part of an overall package or as a one-off service.

Get in touch to discuss how we can help you.

There are instances where a good tax adviser can become a good friend. They are trusted with processing your most sensitive personal information correctly and accurately to help you avoid HMRC enquiries.

As well as fulfilling your annual income tax obligations efficiently, our tax advisers will want to understand your affairs from a broader perspective so that they can help you plan for more major events in life, such as starting a new job, investing in a business, buying a house and continuation planning.

In our experience, discussions in this sensitive area are best done in person. Please get in touch to arrange an appointment.

Each country has its own tax regime and many states within countries add an additional level of complexity which makes it perilous for those conducting business internationally. The UK has low tax rates and an excellent tax treaty network as well as EU dispensations which makes it attractive for international business.

It is crucial that these opportunities are understood and exploited so whether you are looking to come to the UK or do business overseas, we can advise you on your international tax affairs from a UK perspective and work with advisers in other countries to minimise double-taxation and keep you compliant.

This service will come as part of our package to both corporates and individuals so get in touch to discuss your requirements in more detail.